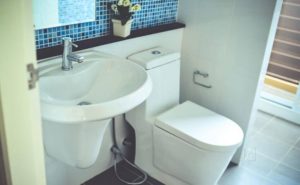 If you are planning to replace your old shower doors or install new shower doors, there are many styles and designs available. You will quickly come to realize that because of the different choices out there, it can become more difficult to choose the one that you’re sure is right for your needs. Of course, your final decision will be based on your preference – but it should also be based on the available space and the general style of your shower enclosure or area. To make your decision easier here’s your useful and practical guide to the different types of bathroom shower doors.

The sliding door is quite common, and it is especially useful for smaller spaces. A typical sliding shower door will be comprised of two glass panels which can roll or slide on tracks that are attached to the enclosure. The sliding doors can slide on rollers which are designed to encourage the movement of the doors. Sliding doors can be used for both combination shower and bath units or for stand-alone bathroom showers, and they are ideal for a smaller space since the doors do not need to swing in or out.

The pivot shower door, just as its name implies, operates on a pivot. It is a door which can swing out or in. A pivot shower door can easily swing to up to 180o, and the hinge can be fastened or joined to one side of the shower door, but it can also be mounted on the center of the door, so it can revolve. Some of the more modern shower enclosures make use of a pivot shower door as it is also practical and stylish.

Another type of shower door is the bi-folding shower door, which is comprised of panels made of glass. Often, one of the glass panels remains fixed whilst the other two glass panels can fold in on a hinge, much like a screen. These types of doors are similar in look and function to bi-folding doors on closets, and they are also space-saving.