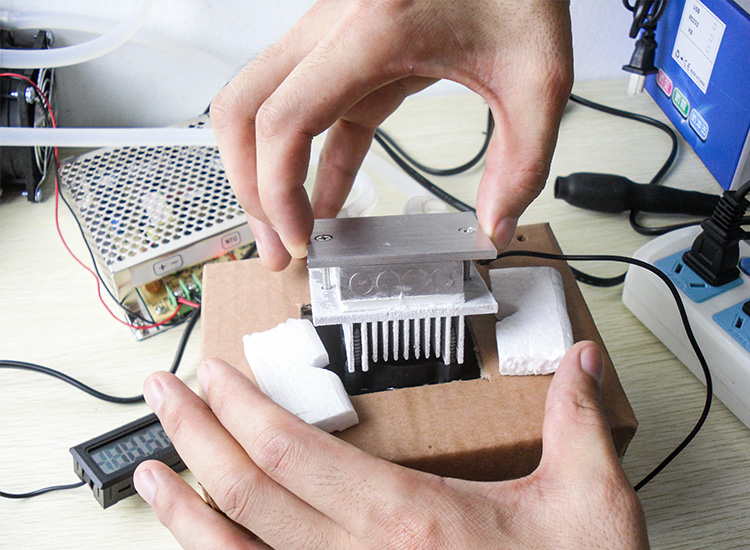 One of the primary concerns that we all have today is in regard to the climate. Our environment is changing, and to combat these changes, many changes in the use of refrigerants have been made. Part of the problem has to do with Freon that has been used for so many decades. Scientists have been able to create hydrochlorofluorocarbons as replacements, as well as other chemical combinations that are more beneficial.

Here are the reasons why Freon has been so detrimental to the environment, and how we can help curb environmental related issues by making the best choices with replacement refrigerants.

How Does Freon Affect The Environment?

R-22 or Freon has been one of the most popular coolants that have been used in millions of refrigeration units. It is very effective at extracting warm air from rooms and buildings and subsequently allowing the AC unit to blow cool air. Unfortunately, when he gets into the atmosphere, it makes its way to the stratosphere. It is here that the ozone layer is located.

It will interact with the ozone, causing it to break down, and allow ultraviolet light that is harmful to come through. First noticed in the 1990s, they realize that a substantial hole in the ozone layer above Antarctica was continuing to increase. It was then determined that chlorofluorocarbons, of which Freon is made, was the primary contributor to the problem. Now let’s look at some of the top replacements for R-22.

What Are Some Common Replacements For Freon?

Some of the most common replacements include haloalkane refrigerants such as R-134A. R-404A, R-410A, and R-407C are also widely used. Another one that has been developed which is receiving large amounts of praise is called TdX 20. Made by the notable company Bluon Energy makes one of the best replacements on the market.

How Can These Replacement Coolants Help The Environment?

There are other reasons why these replacement coolants can be helpful for the environment. As mentioned before, by taking Freon out of the equation, the ozone layer will not be afflicted in the same way. In fact, none of the replacements that are approved by the EPA have any effect at all on the ozone layer. However, they also played a vital role in reducing CO2 emissions. When we use these refrigeration units, they are powered by electricity.

Electricity is primarily produced by generators. The generators will produce CO2 as a byproduct of functioning. Substantial amounts of carbon dioxide are released into the atmosphere, contributing to the greenhouse effect. The less energy that we use, the less we will need to produce excessive amounts of electricity. Therefore, as a byproduct, more efficient coolants used in these refrigeration units can help diminish global warming.

Other Ways That Top Refrigerants Can Save The Environment

There are other ways that the environment can be protected by using these new refrigerants that are now being used more than ever. On top of reducing damage to the ozone layer, and reducing CO2 emissions, they also contribute to higher levels of efficiency. When you are using refrigeration units, or air conditioners, the compressor is the component that compresses the coolant so that it can absorb heat in a gaseous state.

The efficiency levels of these machines are increased, which means the compressor is using less electricity, allowing solar panels to provide the power. Solar energy is freely produced through chemical reactions within silicon chips. By using these more efficient systems for powering refrigeration units, we can bypass the need for electricity produced that contribute to climate change.

How To Install These New Refrigerants

You can install these new refrigerants by contacting a local HVAC professional. These are companies that are starting to do these more and more. It is imperative that all of the Freon be removed from refrigeration units by 2020, so there is a high level of concern. People are setting appointments with HVAC companies daily, and as they do more replacements, they are becoming more adept at doing so. Additionally, new devices are made that can more effectively remove and contain R-22, which is also better for the environment.

This is something that you should use a professional for, although there are companies that sell kits. You could attempt to do this on your own. However, if you want to avoid any leakage of Freon, and also successfully install the new coolants, you really need to work with an HVAC company that can do this for you in a minimal amount of time.

Why You Should Have This Done As Soon As Possible

For most people, they are only concerned about being compliant with the 2020 date. This is the year where Freon needs to be eliminated from all refrigeration units. It’s also the year that Freon will no longer be produced, and therefore these alternatives will become the primary products that will be used in these machines.

It is also imperative to do this quickly so that we can stop contributing to the depletion of the ozone layer, and the increasing global warming caused by CO2 emissions. From an environmental standpoint, this should be something that all individuals and businesses should be concerned about. Each passing year leads to more global catastrophes. That’s why companies like Bluon Energy and others are doing their part to create refrigerants that are so much more environmentally friendly.