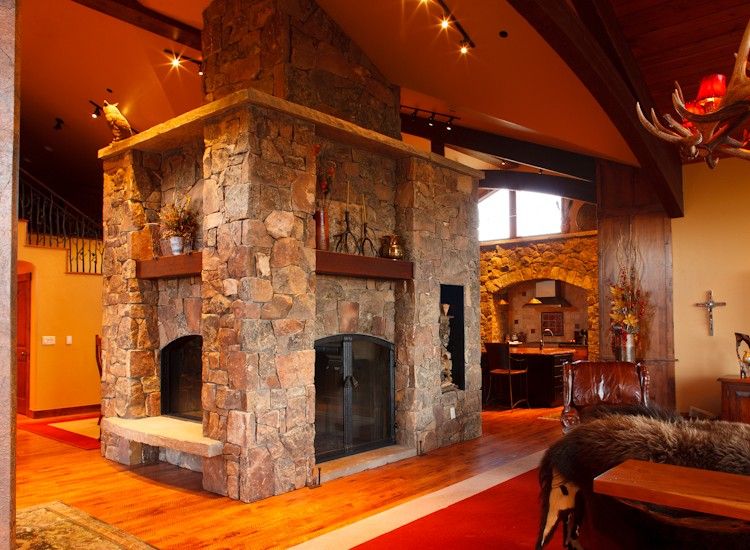 It would be fair to say that architecture has changed tremendously over the last few years and some of the modern dwellings that are popping up are designed in a way that was once unimaginable. Considering this contemporary style, one would immediately think that wood burning stoves – which were once reserved only for the most rustic homes in the country – would be completely off the agenda.

As it turns out, the stove industry has also gathered pace and as you can see here, it’s quite possible to combine a wood burner with a modern dwelling. One of the most effective ways to do this is with the double sided stove, with this being accessible from both the front and back and also emitting heat from both directions.

According to www.stovesite.co.uk, they are proving to be one of the most common purchases for the green enthusiast – as we take a look at just some of the reasons you should consider them through the remainder of this post.

Killing two rooms with one stove

One of the most popular uses for double-sided stoves is between rooms. Many people will incorporate them into a wall, so separate rooms can benefit from the heat of the stoves. This obviously replaces the need to purchase two systems, with the single one being able to heat both rooms more than adequately. Additionally, it’s possible to load the stove with fuel from both sides, which again makes the double-sided stove function just like two separate systems.

We discussed in the early stages of the article that modern-day homes are becoming a lot more sophisticated in design and are starting to turn away from the features that we have been used to in houses for decades. For example, the typical chimney and fireplace have been one of the key elements of a house for many a year, with this necessary for any fire to function.

As the double-sided stove is freestanding, it can be placed absolutely anywhere in the house and this aids from an architectural perspective. Architects can build features around the wood burners in the middle of a room, rather than take the traditional approach of attempting to integrate it with a chimney.

Over the last few years, one of the common design features of any modern home has been to make a lot of the downstairs open plan. This mainly affects the kitchen and living areas, with architects combining the two and negating the need to have a partition wall.

Naturally, this means that a bigger room has been created and if you were to use a standard central heating system, you’d probably need much more than the standard gas fire or radiator to heat the whole area. As heat is emitted from multiple positions from a wood burning stove, they function much more efficiently and are able to dispel it across wider areas – particularly if they are placed centrally. This can prove very useful if the kitchen is used as a dining kitchen, and requires more heat than the basic cooker can provide.